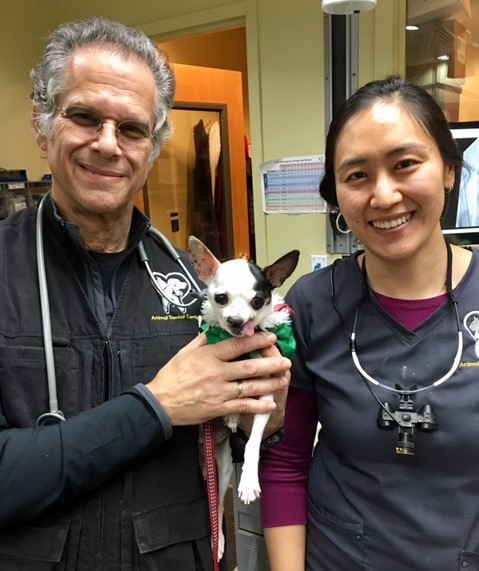 Cody, a little 8-year-old chihuahua, had a cleft lip, severe periodontal disease complicated by serious bone loss in his jaw, and a hole between his mouth and nasal cavity when he was given up to the shelter by his owner, who had just adopted a puppy. Cody underwent major, complex surgery at the Animal Dental Center by Drs. Ira Luskin and Inshil Kim, who resolved Cody’s problems and reshaped his snout. He recovered extremely well at the home of his foster, who ended up adopting Cody herself.